Xbox One Preview members get another update

Last year The Xbox One Preview program was famously used as a way for gamers to test the New Xbox One Experience before it was released to the public. Now, members of that same preview program are getting a fresh new Xbox One update.

The update is around 403 MB and fixes a few issues such as games failing to launch, and certain issues with console crashes and game updates. We also noticed that this update now shows you how you rank among your friends in games on the gameshub for achievements.

If you are a preview member, you can get the Xbox One update right now. If you have your console on “Instant-On” mode if will be downloaded instantly. If not, you may have to wait a few more hours if the update is not available yet for you.

The preview program is currently by invitation only. If your friends are already in the program, they can invite you by using the Invite friends page in the Xbox Preview Dashboard app. You’ll then get a service message on your Xbox One which will include a link to download the Xbox Preview Dashboard app. Lastly, you’ll need to use the app to register your console for Preview updates. Once you’ve registered, it can take up to 48 hours for your console to get the current preview update. 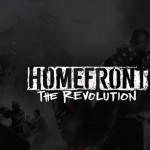