By CanadaWebDeveloper
Posted August 29, 2016
In Canada Web Developer, News
Apple is being sued over iPhone 6/6 Plus Touch IC Failure or “TouchDisease”2016-08-292016-08-29https://www.canadawebdeveloper.ca/wp-content/uploads/2016/10/mainsmall.pngCanada Web Developer | Web, Graphic, Hosting and IT Solutionshttps://www.canadawebdeveloper.ca/wp-content/uploads/2016/08/Fxp5myJq.jpg200px200px
0

You might have heard last week that some iPhone 6 and 6 Plus users are finding that their phones have become completely unresponsive to touch. Even worse, many of these devices are no longer under warranty, so Apple has refused to fix them.

Dubbed ‘Touch Disease’ by iFixit (shout-out for coming up with something that doesn’t end in ‘gate’), Jason Villner of STS Telecom says that the “issue is widespread enough that I feel like almost every iPhone 6/6+ has a touch of it (no pun intended) and are like ticking bombs just waiting to act up.”

Now, the inevitable next step in the progression of events is happening: Apple is getting sued. According to Reuters, a nationwide class-action lawsuit was filed on Saturday.

The currently listed plaintiffs include Todd Cleary of California, Jun Bai of Delaware, and Thomas Davidson of Pennsylvania. They’re accusing the firm of fraud and violating California’s consumer protection laws.

According to the lawsuit, Apple has been aware of the problem for some time and still refused to fix it. The plaintiffs say that the company made the decision not to use a metal “shield” to protect the necessary parts, resulting in the problem at hand.

The damages that the plaintiffs are seeking are currently undisclosed. 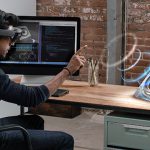 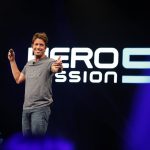