Microsoft HoloLens will be able to virtually teleport you with HoloPortation

By CanadaWebDeveloper
Posted March 27, 2016
In Canada Web Developer, News
Microsoft HoloLens will be able to virtually teleport you with HoloPortation2016-03-272016-03-27https://www.canadawebdeveloper.ca/wp-content/uploads/2016/10/mainsmall.pngCanada Web Developer | Web, Graphic, Hosting and IT Solutionshttps://www.canadawebdeveloper.ca/wp-content/uploads/2016/03/image-20150423-3117-19fbrah.jpg200px200px
0

The HoloLens is one of the most original products to come out of Microsoft in years and the company is constantly looking at new and exciting applications for its augmented reality platform. The latest, dubbed ‘holoportation’, could prove to be the next big thing in communication.

While you may not hear ‘beam me up, Scotty’ outside of a movie for decades to come – if ever – the HoloLens can teleport you to another location, virtually. Through the use of a network of 3-D cameras surrounding the subject, the company is able to create an almost real-time replica of the subject’s physical visage, and then display it as a 3-D object on another user’s HoloLens miles away.

The technology is still in its early stages of development, though, and may take a long time to become commercially available. There are also quite a few kinks for Microsoft to work. For one, as the proof-of-concept video shows, the output on the other end seems to be low resolution and with jagged edges and artifacts.

The company was, however, confident enough to give the world a live demo in a special TED talk by Alex Kipman, where he communicates with a virtual replica of NASA’s Jeff Norris.

The video gave no indication as to what the array of cameras would actually require – or how much they would cost. Seeing as how the Development Edition is going for $3,000, it’s likely that consumers won’t be able to ‘holoport’ for some time. 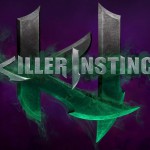 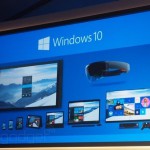